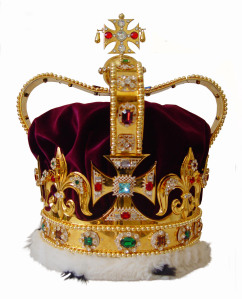 Want to understand all those British kings and queens—who they were, what they did, why they matter? Don’t want to spend the next three years reading dusty tomes by noted historians?  We have good news for you.  Thanks to BBC, ITV, PBS, Showtime, and Netflix you can get several hundred years of British history under your belt over the course of a few binge-watching weekends. These are premium mini-series with high production value—crazy-talented actors, brilliant costumes, and shot on location at some of England’s most glorious stately homes and palaces. It wasn’t all diamonds and ermine, though. The court politics of this bunch make the last campaign in the U.S. look like child’s play. Below is our list of the best shows of the past few years, now streaming on Amazon or Netflix. We advise watching them in the chronological order of their reigns. Make some popcorn, pour a glass of wine—or a cup of tea—and put your feet up. (We included their IMBD scores, all of which are well over 8/10. (Compare this with the academy-award winning Titanic, which scores 7.7/10.) 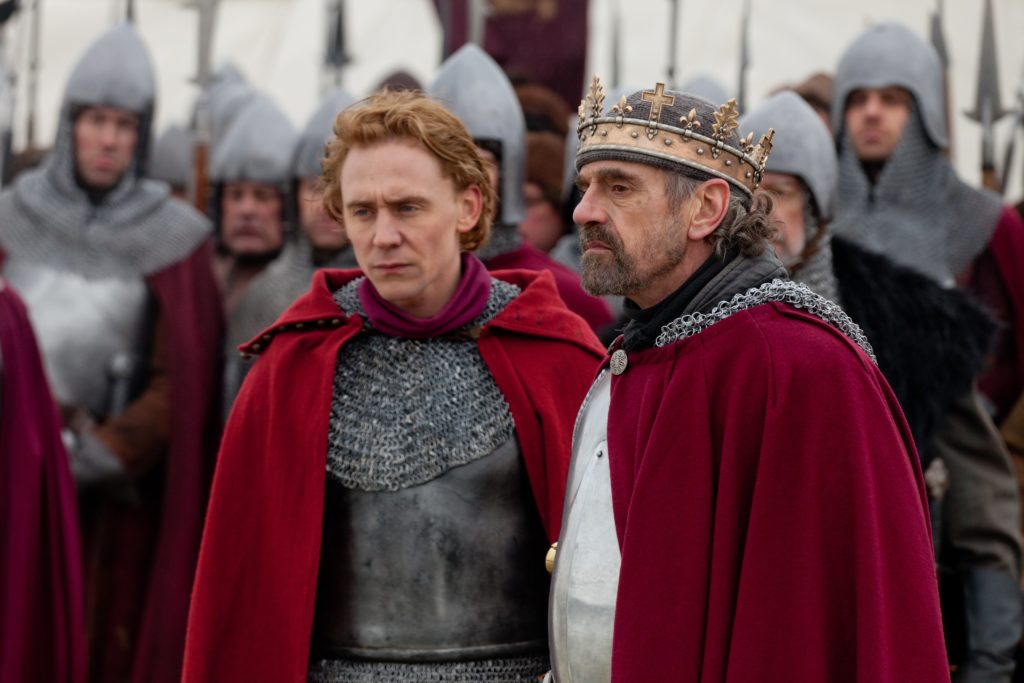 We begin in the Middle Ages, with BBC2’s production covering Shakespeare’s 10-play cycle of English monarchy plays that cover the hundred-year period of the “War of the Roses.” If you always intended to read the complete works of the bard but never got beyond The Merchant of Venice, this is for you.  Presented as two seasons and shot on locations, you are immersed in the ambitions, plotting, betrayal, murders and wars of kings and their courts, from Richard II through Henry IV Parts One and Two, and Henry V and the beatific Henry VI (and his warrior-wife Margaret of Anjou) in two parts, ending with bloodthirsty, murderous Richard III and the end of the Plantagenet dynasty.  The Hollow Crown shows what court life was like from 1377 to 1485.

Aside from the starring role that the authentic, historic locations occupy, the cast is outstanding. As a 2012 review in The Guardian noted, “Another benefit of television is the available cast: because it isn’t asking for a three-month run or global tour to make the budget back, The Hollow Crown simultaneously retains a group of actors that even the most famous theatres could only accumulate over several seasons.” This company includes Ben Whishaw, Jeremy Irons, Tom Hiddleston, Simon Russell Beale, Julie Walters, Lindsay Duncan, David Suchet, David Morrissey, Michele Dockery, Benedict Cumberbatch, Tom Sturridge, Sophie Okonedo, Keeley Hawes, Hugh Bonneville, Anton Lesser, Adrian Dunbar, Ben Miles, Judi Dench and Michael Gambon, and even more talent.

The Hollow Crown is available to purchase on Amazon.com, to stream on Amazon Prime. IMBD score 8.5/10

A Showtime original series, this history-based drama follows the life and reign of Henry VIII.  Henry, who took the throne at 18, will surprise those whose image of the king is fat, bearded, and misogynistic.  (OK, he might have been misogynistic but he wasn’t always fat.) In his youth, he was physically agile and sexually adventurous (or so say the producers) as well as forward thinking. The series is set in sixteenth-century England (Henry reigned from 1509 to1547), but was filmed on location in Ireland. Henry’s obsession with producing a male heir is understandable if you watched The Hollow Crown, as England was in the midst of squabbling among the aristocracy and wars of religions during the Reformation. Too bad they didn’t know about x and y chromosomes back then. Would have saved a lot of heads.

The San Francisco Chronicle reviewed the series, concluding, “What makes “The Tudors” so engaging and thrilling is this sense that, in those early days, Henry was a young man with only a partial lock on the importance of being king. He wants to play — with his friends and with the many women he eyed in his court. But just when you think this series is one fun romp, [creator and executive producer Michael] Hirsh cleverly steers it back to history and lends it enough import to keep you from thinking it’s all too light.”

The Tudors is available for streaming by Showtime subscribers; streaming or DVD on Amazon; and pay-per-episode on YouTube. IMBD score 8.1/10

This BBC2 film adaptation of Hillary Mantel’s novel of the same name charts Thomas Cromwell’s rise to power in the Tudor court. To use words like “brilliant” or “stunning” is to do this production an injustice. The Guardian describes Wolf Hall as “event television, sumptuous, intelligent and serious, meticulous in the detail, but not humourless…”  But the real reason to watch it is Mark Rylance, who, as Cromwell, is “hypnotic, understated but totally screen-owning.”  The Independent agreed: “For those not blessed enough to have caught Mark Rylance on stage – he’s been absent from British theatre since 2013 – this was a rare(ish) chance to catch one of Britain’s finest actors on the screen.”

The BBC News website added:  “Mark Rylance’s eyes glistening with sadness and acuity produce a Bafta-winning performance by themselves… behind the steel the sadness in his eyes is almost unbearable to watch”.

Jonathan Pryce, Claire Foy, Damien Lewis (of Homeland fame), and a hundred others round out the cast.  Most of the filming took place on location at some of the finest British medieval and Tudor houses and buildings from Gloucestershire to Kent. Watch this after churning through The Tudors to get a fresh, and darker, perspective on Henry VIII.

Watch Wolf Hall on Amazon Prime or YouTube, and other venues.  IMBD score 8.2/10 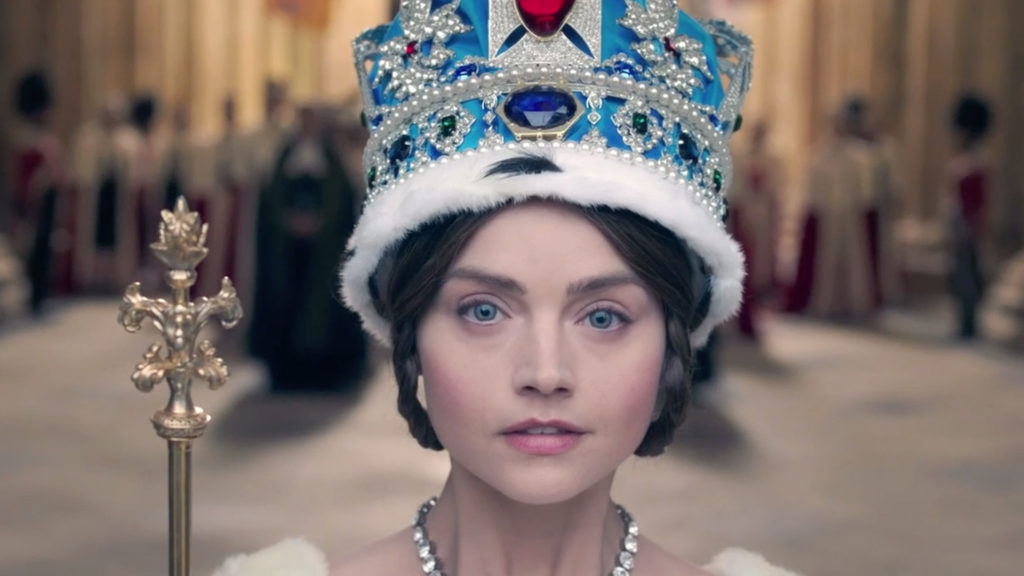 British network ITV’s production Victoria aired in the United States in early 2017.  PBS hoped it would fill the large empty shoes left by Downton Abbey, but that was an ambitious oversell. Downton Abbey is a complex symphony of characters, social norms, and historic events; Victoria, at least the first season, is a lovely, charming, delightful biopic with the young Queen Victoria as the single track around which the story unfolds. That said, it should not be missed, precisely because of that focus on the young queen, an 18-year old girl thrust into the job of a politically astute and experienced man. The program brings AP History to life: we “know” that the British monarchy has German blood; Victoria shows us just how deep those roots go. More seasons are planned. Not quite froth but very easy to watch, it does provide insight into the rise of one of only a handful of English queens. The series stars Jenna Coleman as Victoria, Rufus Sewell as Lord Melbourne, and Tom Hughes as Prince Albert.

Watch Victoria on DVD and streaming on Amazon Video; also available on DVD, but episodes have been edited (poorly according to several Amazon reviewers).  IMBD score 8.3/10

The Crown is another biopic about another queen of England, this time Queen Elizabeth II.  This Netflix-original drama begins with an inside look at the early reign of the queen, who ascended to the throne at age 25 after the death of her father, King George VI.  It was the most expensive television drama produced to date, at a cost of around $130 million.

Top photo of St. Edward’s crown from RoyalExhibitions.co.uk. It is the crown which is used at the moment of coronation;  Th Hollow Crown photo from MovieStillsdb.com; The Tudors photo from thetudorswiki.com;  Wolf Hall photo from BBC.co.uk; Victoria photo from PBS.org; The Crown photo from Netflix.com.