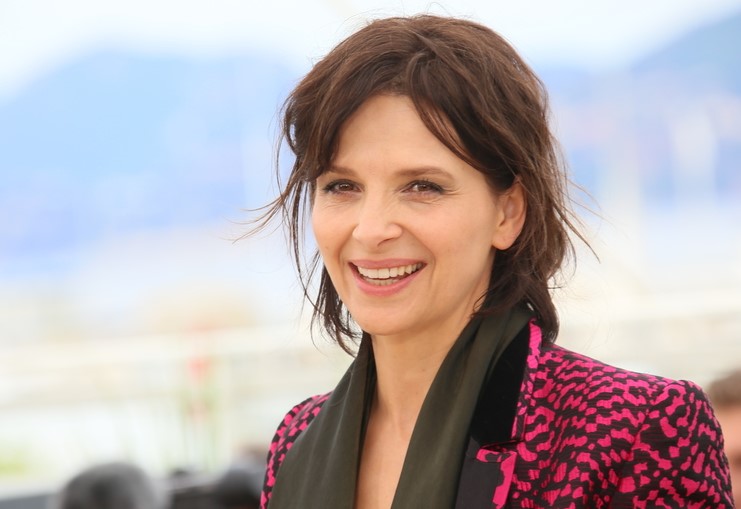 French women have their own approach to skincare that gives them a seemingly ageless beauty. They eat a high fat diet—one that can include croissants or mille feuilles or triple cream cheeses–and yet they manage to stay slim.

They do not spend a fortune on clothes and yet somehow they manage to look trés chic. And they do not spend hours agonizing over their toilette, yet they enjoy beautiful skin.

So just what are their secrets?

Skincare is a huge deal in France—it’s all a part of French style.  French girls learn early from their mamans. Beauty rituals are handed down from generation to generation. When French girls enter their teens, their mothers guide them in the products to use and in the correct techniques.  Mothers and daughters often carry out their beauty routines together.

Since a habit ingrained as a child is likely to stick, it’s no surprise that French women value their personal skincare routines.  They don’t view them as optional or something they can skip, nor are they a luxury reserved for special occasions. Rather, they follow  skincare regimes because they believe that good practices now will ward off problems later.

So how can the rest of us—who may not have had the benefit of this guidance from our mothers–achieve the belle peau of French women?

In North America, we tend to seek out corrective solutions (like wrinkle creams, skin spot lighteners, fillers or injections) after too much time in the sun or careless skincare over the years. We tend to rely on youth and health to get us through, and then correct problems once they appear. In contrast, French women prefer to do everything to prevent problems before they occur.

French women emphasize skincare while women in North America typically focus more on makeup. This is consistent with approaching skincare as a preventive measure and makeup (the cover up) as a reactive one.  As Dr. Marie Drago, member of the French Society of Cosmetic Science and founder of Gallinée explains, “I think we tend to be quite economical in our routine (you could almost call it lazy!), and it is all based on skin care. Because if the canvas is good, you don’t need a lot of makeup to shine.” Gallinée’s products have been specially developed to care for the skin’s bacterial ecosystem—the microbiome.

Be consistent and patient

In North America we tend to expect immediate results, particularly when it comes to beauty products.  A sales assistant at a cosmetics counter once shared how a customer had purchased an anti-wrinkle cream, only to return it the next week because “it didn’t work”.  A French woman would never think like this.  They are diligent but realistic.  They know that a lifetime of good skincare habits will pay off.  The American businessman Charles Revson, the founder and creator of Revlon, famously explained that, “In the factory, we make cosmetics; in the store, we sell hope.”

Protect yourself from the sun

Yes, of course, there’s the south of France and the French Riviera but French women know how to enjoy the sun and protect their skin at the same time. For French women, sunscreen is skincare—and they use it faithfully. The French actress Leslie Caron—remember Gigi?—now 79 and looking great, is quoted as saying that one of her mother’s favorite maxims was “women’s skin is too fair to go bare.”

Make—and keep—regular appointments with an esthetician

American women love their manicures and pedicures but most don’t have regular facials.  Those are more often reserved for special pampering days or when we receive a gift certificate.

In contrast, French women have facials as regularly as they wash their hair.  They also treat skin, hair, and body pampering as an enjoyable, gratifying ritual that enhances life.  In North America, we are often too busy or too stressed to take the time for “frivolous” pampering.

Mireille Guiliano, author of the French Women series of books, maintains that French women drink water all day long.  “More and more opt for warm water, especially first thing in the morning, as it awakes the digestive system and may make it easier to assimilate breakfast thirty minutes later”.  Guiliano says that French women are creative in how they get their water: “Active French women like to combine 1 liter of water with a few drops of honey, the juice of a lemon and, yes, a pinch of salt.  Another refreshing drink consists of infusing a cup of verveine with ground cardamom and the zest of ½ lemon in 2 liters of room temperature water for two hours.”

Be more relaxed about aging

In France, there is not such an emphasis on looking young.  Ann Morrison, writing in The New York Times, observes that French women seem to embrace growing older:

“…even the average Frenchwoman—say, shopping along the Rue du Faubourg St.-Honoré or enjoying a leisurely lunch on the Left Bank, or strolling through the Luxembourg Gardens—seems to defy the notion that, as one grows older, you either have to disguise that process with Botox, eye-lifts, lip plumpers and all sorts of procedures that convey a desperate ‘youthful’ look, or else just give up altogether and let the ravages of time take their toll.”

Are French skincare products really that different from North American ones or is it just hype…because they’re French?  Mais non!  They really are different.  Read on.

It may be too simplistic to say that most skincare products are developed in a lab while French skin care is a product of nature. Still, it is true that botanicals form the basis of most French skincare lines.

The idea is that micelles are attracted to dirt and oil, so they are able to draw out impurities without drying out the skin,” she says. “Therefore, micellar water can be used as a facial wash, makeup remover and moisturizer all in one”.  Micellar water looks like water and has the viscosity of water but its texture is different.

Plankton is made of tiny marine creatures that drift through the water, feasting on whatever smaller plant particles they can find. They are full of nutrients and are an essential part of the food chain.  While there have been no studies on whether plankton benefits the skin as an ingredient in skin care products, plankton extracts are high in essential fatty acids–the building blocks of healthy cells. Biotherm products also use thermal water as their base, which leads us to our next differentiator.

Thermal water flows through mountains and valleys, picking up minerals and carbon dioxide on its journey. This makes it rich in antioxidants and therapeutic properties. Thermal water has been used for thousands of years to heal arthritis, joint pain and burns, and even skin ailments like eczema and psoriasis.

Moisturizing milky cleaners may seem to be the opposite of what we want to do: they add oil rather than rid the skin of it.  But the truth is that milky cleansers are superb cleansers and not just for mature skin.  Just about every French skincare line features a range of milky cleansers.

In real life: An American meets a French dermatologist

A friend of Blue Hare and California native never paid much attention to her skin. When she moved to Paris she was persuaded to see a dermatologist. Here’s what happened in her own words:

“I never really took much care of my skin, even when modeling. When I finally did go to a dermatologist in Paris, she was shocked to learn how I treated my skin.  She started making a list of products for me to use.  I told her it that it was useless, that I would never spend all that money or time on my face.  Resigned (and probably disgusted), she gave me three basic instructions:

After imparting this wisdom, the French dermatologist charged me a fortune and bid me farewell with a hopeless look.”

Making small changes inspired by the French approach to skincare can make a big difference to your skin–even after a lifetime of enthusiastic treatment using less-than-stellar ingredients. It may even help you adopt the French approach to beauty.  In her book, French Women Don’t Get Facelifts, Ms. Guiliano quotes the beauty philosophy of a French woman:

“I see myself in the mirror for what I am, and I will do whatever I can to manage the message I send. I will take care of myself and cultivate an image that is me at my current best and stay engaged in the world.”

That’s the BLUE HARE philosophy, too.