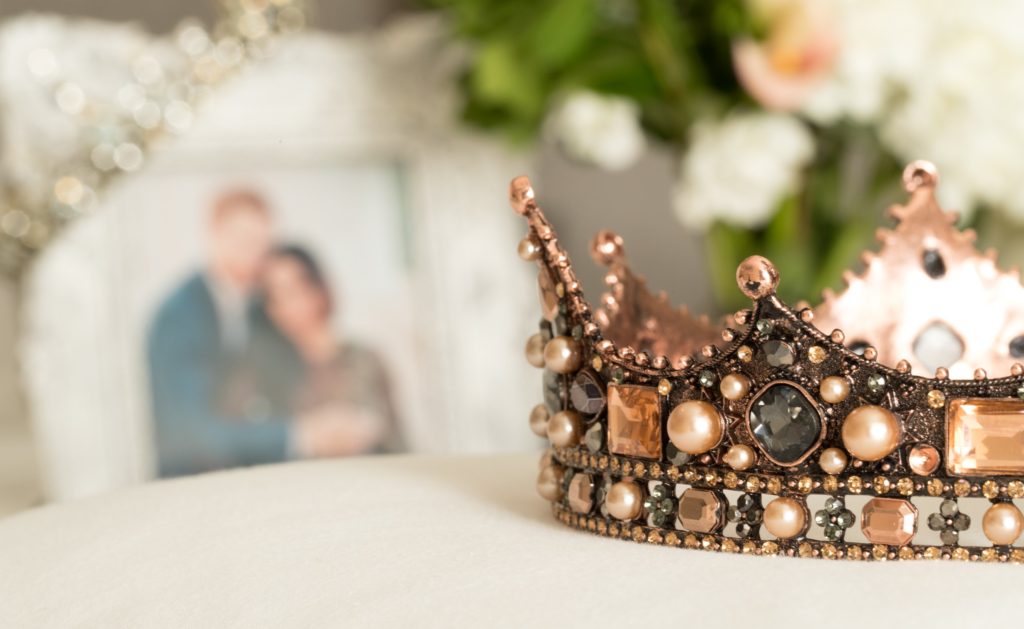 Toronto is the city where Meghan and Prince Harry fell in love and where most of their courtship took place. To celebrate the royal wedding, the Fairmont Royal York Hotel, the luxurious hotel where Harry stayed while visiting Meghan on the set of her television show, Suits, plans to host several events around the May 19 nuptials. The Royal York’s sister hotels in New York an London, which also have royal connections, are planning their own celebrations. And you’re invited.

Known as the Royals’ hotel, the Fairmont Royal York enjoys a long history of impeccable service to the Royal family.  Harry’s great-grandmother, the Queen Mother and her husband, George VI, stayed here as did his grandmother and grandfather, Her Majesty the Queen and her husband, Prince Philip, the Duke of Edinburgh. Prince Harry, too, stayed here during his Toronto visits. The place must feel a bit like home to him–when he walks through the lobby of the hotel, he walks past a portrait of his grandmother and grandfather.

The Royal York opened on June 11, 1929 across the street from Toronto Union Station. With 28 floors, the Château-style building was the tallest building in Toronto at that time, and the tallest building in the British Empire.  It boasted 1,048 rooms – each with radios, private showers, and bathtubs. The 1.5 acres of public rooms included a 12-bed hospital, a 12,000-book library, and ten ornate passenger elevators. The Concert Hall featured a full stage and mammoth pipe organ. There was a glass-enclosed roof garden, the largest hotel kitchen in Canada with a bakery that could produce over 15,000 French rolls a day, a 66-ft. long switchboard managed by 35 telephone operators, its own bank, and a golf course (now known as St. George Golf & Country).

In later years, a $100 million project added more public spaces, a health club, and a sky-lit lap pool. Most of the original features have been beautifully and carefully preserved: the magnificent hand-painted ceilings, the travertine pillars, ornate furnishings, crystal chandeliers, and wall hangings. Elevator number nine still carries illustrious guests such as Her Majesty Queen Elizabeth II. On movie screens, The Royal York, like the Waldorf Astoria, Biltmore and The Plaza in New York, has been featured in numerous movies. Guest rooms have taken audiences to Boston, New York, Poland, Vienna and the U.K., without ever leaving Toronto.

Meghan Markle was familiar with the Royal York even before she met Harry.  Her character in Suits, Rachel Zane, wanted her dream wedding at The Plaza in New York, a Fairmont managed hotel.  The wedding scene for Suits was filmed at the Royal York in Toronto as a stand-in for The Plaza.

What the Royal York is planning for the month of May

To celebrate its strong royal connection over the years and the handsome, engaging young prince who frequented the hotel in past months—along with his bride to be—the Royal York has a full schedule of events planned for the month of May and the day of the wedding, Saturday, May 19.

The Royal York invites visitors to wander through the English Garden exhibit in the main lobby of the hotel.  The exhibit, which opened on April 23, is designed by Frank Rea of Forget Me Not Flowers.  Frank Rea is a well-known master florist in Toronto, renowned for his originality and innovation.

The English Garden features exquisite blooms, including delicate English Garden roses, lush peonies, regal delphinium and an array of other wild flowers. The upper balcony flag standards are festooned with fresh garland swags reminiscent of trumpets announcing the Royal Couple.  The lobby of the Royal York is impressive enough at any time of year; the addition of the English Garden makes it a sight to behold and a welcoming of spring after a long Toronto winter.

Early risers are invited to view the Royal Wedding live on a big screen and enjoy a traditional English Breakfast—your choice of Bubble and Squeak or Bangers and Eggs. The event will take place in the EPIC lounge. Book your place at the viewing breakfast here.

Or watch it in comfort from your room: Duke & Duchess for a Day Stay Package. May 18 (Book before May 15)

Visitors are invited to spend the night in royal luxury on the eve of the Royal Wedding and wake up to the future Duke & Duchess walking down the aisle (on the telly, of course) in the comfort of their own room. The package Includes accommodation in a Fairmont Luxury room; a special breakfast with sparkling wine, delivered by room service; a souvenir limited edition Royal Romance tea cup and saucer set; and sneak previews of wedding day events.

Prefer to celebrate at a more reasonable hour? Royal Romance Afternoon Tea , Saturdays and Sundays from April 28 to May 27

The Royal York has released their menu for their Royal Romance tea. It features a selection of traditional finger sandwiches; a mini wild mushroom tart; a selection of pastries, including a Duchess cake of citrus and elderflower and the Queen’s favorite chocolate biscuit cake; a selection of champagnes and sparkling wines: and a selection of loose leaf teas to choose from, including Jasmine Gold Dragon tea, rumored to be Meghan Markle’s favorite.

Two other Fairmont Hotels outside Canada share a direct connection to the royal couple.  Meghan Markle’s character in Suits wanted her dream wedding to be at The Plaza in New York (although the wedding scene was filmed at the Royal York, doubling for The Plaza).

The Plaza, no stranger to grand events, will live stream the wedding in The Palm Court while guests enjoy a “royal” breakfast including a flowing mimosa and Bellini bar.

A panel of experts on wedding planning, etiquette, and the English royal family will provide commentary and a play-by-play for every happening in St. George’s Chapel. Fanciest dress, fascinators and gloves highly encouraged.  Book your spot at the Plaza soon.

For an even more luxurious experience   The Plaza created “From the Big Screen to The Crown”, an overnight package that includes a special Royal Cocktail upon arrival, tea for two or The Royal Wedding Champagne Breakfast in the Palm Court, and a selection of New York-themed movies to watch in your room.

One of London’s toniest hotels, The Savoy, has planned a special month of May.  The Savoy has hosted just about every member of the British Royal Family for dinners, events and celebrations since 1895. During a wedding reception at The Savoy in 1946, a young Princess Elizabeth was first spotted in public with her future husband, Prince Philip of Greece.

The Savoy is launching a Royal Afternoon Tea, beginning May 1, and introducing ‘The Royal Welcome’ a signature cocktail to mark this occasion, available at the hotel’s award-winning American Bar. In a departure from its traditional afternoon tea, the Royal Afternoon Tea will feature the Queen’s favorite cake of soft chocolate ganache, rich tea biscuits, and rum soaked raisins that is based on an authentic historic royal recipe. The tea also includes finger sandwiches, homemade scones with clotted cream and jam, a strawberry tartlet, croquembouche, wild berry ganache and a traditional Battenberg cake. Accompanying the Royal Tea will be an special glass of English sparkling wine from the first vintage of Rathfinny Estate’s Sussex Sparkling, exclusively available at The Savoy.

Meanwhile, over in Scotland, it was at the Fairmont St Andrews where Kate Middleton, now the Duchess of Cambridge, famously caught Prince William’s eye during a 2001 fashion show.

The St Andrews, located on a peninsula north of Edinburgh, Scotland, promises a day to remember on the 19th with a royal afternoon tea and a live screening of the wedding in the Atrium Lounge. The centerpiece of the lounge will feature an oversized wedding cake flavored with lemon and elderflower, the same as Prince Harry and Meghan Markle’s cake is rumored to be. Guests will be able to take a slice away with them in a decorative box as well as their menu as a memento.

See also: How to host your own Royal Wedding Watch Party

The British tea habit—a look behind the cuppa